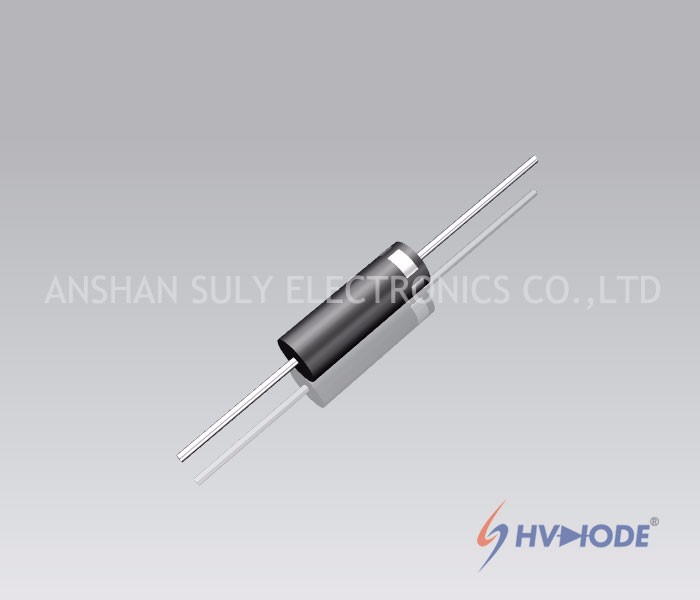 The semiconductor diode is widely used in many areas of electronics today. Although they use the same basic structure of an area of p-type material meeting an area of n-type material, there are many different types of diode that are available in today's electronics scene.

Whatever the type of diode, the basic idea of the diode is important in the electronics industry today, whether it be used for the production of commercial or industrial equipment, of for use by the hobbyist, or anyone studying electronics.

Surface mount diodes on a printed circuit board

History of the semiconductor diode

The first diodes to be used were discovered back in the early 1900s when the technology of wireless was in its infancy. The Cat's Whisker was one of the first types diode to be used. It consisted on a very thin piece of wire (the cat's whisker itself) that could be placed onto a piece of semiconductor type material (typically a mineral crystal) to make a point contact type of diode. This was widely used up until the middle to late 1920s when thermionic or valve technology became sufficiently cheap to be widely used for radios sets.

The basic circuit symbol for the diode consists of a triangle with its point touching a short line perpendicular to the wire on the circuit diagram.

Sometimes the triangle and even the line are just shown in outline, whilst at other times they are shown as filled black shapes.

Sometimes the diode circuit symbol is shown only as an outline and without the filled in shapes. The outline shape is equally acceptable,.

There are many different types of diode and some use circuit symbols that are slightly modified from the basic diode symbol to indicate their function: high voltage rectifier diode ,Schottky diode, varactor diode and a number of others fall into this category.

There is a host of different types of diode that are manufactured and used in today's electronics. Each type has different properties and this makes them suitable for different applications or jobs.

· Backward diode:   This type of diode is sometimes also called the back diode. Although not widely used, it is a form of PN junction diode that is very similar to the tunnel diode in its operation. It finds a few specialist applications where its particular properties can be used.     . . . . . Read more about the Backward diode.

· BARITT diode:   This form of diode gains its name from the words Barrier Injection Transit Time diode. It is used in microwave applications and bears many similarities to the more widely used IMPATT diode.

· Gunn Diode:   Although not a diode in the form of a PN junction, this type of diode is a semiconductor device that has two terminals. It is generally used for generating microwave signals.

· Cat's whisker:   As already mentioned, this type of diode was the earliest type to gain widespread acceptance. It consisted of a small wire placed on a piece of mineral crystal. This created a small point contact diode, which although unreliable was sufficiently good to enable radio transmissions to be heard when used in a "crystal set."

· IMPATT diode:   The IMPATT diode or IMPact Avalanche ionisation Transit Time microwave diode is used in a some applications where a simple generator is required for microwave signals.

· Laser diode:   This type of diode is different to the ordinary light emitting diode in that it produces laser (coherent) light. They are used in many applications including CD and DVD drives. Although much cheaper than other forms of laser generators, these diodes are more expensive than ordinary LEDs.

· Light emitting diodes:   The light emitting diode or LED is one of the most popular types of diode. When forward biased with current flowing through the junction, light is produced. The diodes use component semiconductors, and can produce a variety of colours, although the original colour was red.

· Photo diode:   When light strikes a PN junction it can create electrons and holes, causing a current to flow. As a result it is possible to use semiconductors to detect light. These types of diodes can also be used to generate electricity. For some applications, PIN diodes work very well as photo detectors.

· PIN diode(High voltage rectifier diode ):   This diode type has areas of P-type and N-type silicon, but between them there is an area of intrinsic semiconductor (i.e. no doping). This increases the size of what is termed the depletion region. This type of diode is used in a number of applications including radio frequency switches and as photo diodes.

· Point contact diode:   This type of diode performs in the same way as a simple PN junction diode, but the construction is much easier. They consist of a piece of n-type semiconductor, onto which a sharp point of a specific type of metal wire (group III metal for chemists) is placed. Some of the metal migrates into the semiconductor and produces a PN junction. These diodes have a very low level of capacitance and are ideal for many radio frequency (RF) applications. They also have the advantage that they are very cheap to manufacture, although their performance is not particularly repeatable.

· PN Junction:   The standard PN junction may be thought of as the normal or standard type of diode in use today. These diodes can come as small signal types for use in radio frequency, or other low current applications, or other types may be high current and high voltage ones that can be used for power applications.

· Schottky diodes:   This type of diode has a lower forward voltage drop than ordinary silicon PN junction diodes. At low currents the drop may be somewhere between 0.15 and 0.4 volts as opposed to 0.6 volts for a silicon diode. To achieve this performance they are constructed in a different way to normal diodes having a metal to semiconductor contact. They are widely used as clamping diodes, and in RF applications.

· Step recovery diode:   A form of microwave diode used for generating and shaping pulses at very high frequencies. These diodes rely on a very fast turn off characteristic of the diode for their operation.

· TRAPATT diode:   This type of diode has many similarities to the IMPATT and in fact it belongs to the same family. It offers lower noise, but does not reach such high frequencies.

· Tunnel diode:   Although not widely used today, the tunnel diode was used for microwave applications where its performance exceeded that of other devices of the day.

· Varicap or varactor diodes:   This type of diode is used in radio frequency (RF) applications. The diode has a reverse bias placed upon it and in this way no current flows across the junction. However the width of the depletion layer varies according to the amount of bias placed on it. The diode can be thought of as two plates of a capacitor, with the depletion layer between them. As the capacitance varies according to the width of the depletion layer and this can be varied by changing the reverse bias on the diode, it is possible to control the capacitance of the diode.     . . .

· Zener diode / voltage reference diode:   The Zener diode is a very useful type of diode. It is run under reverse bias and when a certain voltage is reached it breaks down. If the current is limited through a resistor, it enables a stable voltage to be produced. This type of diode is therefore widely used to provide a reference voltage in power supplies.

· Despite being just simple two-pin semiconductor devices, diodes are vital in modern electronics. Some of the typical applications of diodes include:

· Rectifying a voltage, such as turning AC into DC voltages

· Isolating signals from a supply

· Other industries with using diode for rectifier circuit

The list above gives a large number of the most commonly used types of diode. Each diode type tends to be used in different applications. Types of diode like light emitting diodes are used in very different applications to those like signal rectifiers, etc. That said diodes have many characteristics in common, and light emitting diodes will only pass current in one direction just like signal or power rectifier diodes. However the other characteristics make each type of diode suitable for a number of specific uses.